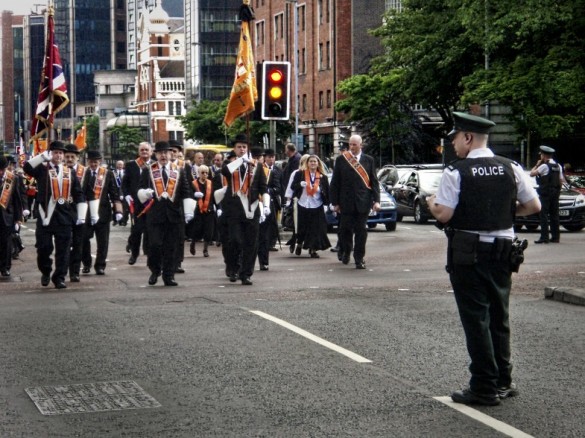 Will the Orange Order be Marching in Southie next year?

The city of Boston is further bolstering its already strong hereditary ties to Ireland by forging an official partnership with the city of Belfast, the Office of Mayor Martin J. Walsh announced Monday morning.

Belfast Lord Mayor Máirtín Ó Muilleoir and Walsh made things official at a breakfast at the Seaport Boston Hotel.

“Together, Boston and Belfast will strive to foster educational exchanges, promote cultural understanding, and stimulate economic development through our new Sister City relationship. We look forward to new beginnings with our ‘sister’ Belfast, as this formal agreement goes far beyond a declaration on ink on paper; it truly speaks to our historic connection, genuine ties, and deeply linked heritage.”

And why wouldn’t Boston be sisters with Belfast?  Both are Port Cities, most of the populations have interchangeable surnames, and both share a delusional affinity for hosting parades that polarize a significant portion of the population.  I’m surprised this agreement didn’t come sooner.  Sure, Whitey arming the Provi’s couldn’t have helped matters, but what’s a sister-sister relationship without a little violent collusion when the other lets their guard down?