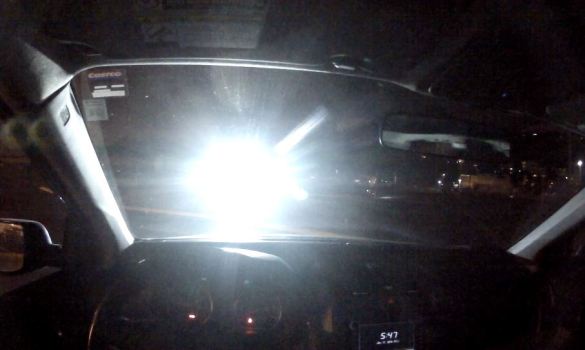 As an avid cyclist, I encounter people of all walks of life sharing the roads with me on their bikes.   Many, like me, are recreational riders who ride leisurely or maybe for personal fitness.  But for a majority of Lowell cyclists, the bike is their only means of transportation.  And, doubtless, we’ve seen cyclists riding at night without any safety equipment or lights.  This doesn’t just perturb motorists and pedestrians who can’t see them but is obviously a grave safety risk to all involved, but perhaps mostly to the cyclist themself.  A recent Mass-wide study showed that Lowell had among the highest bike-related accident rates in the state.

If you’ve ever wondered how you can make a real, tangible difference in your community, then this is no exaggeration  when I say you can really save the life of someone in your community.  The inability to afford a simple bike light should not be a death sentence in our community.

My goal is to raise a minimum of $500 to secure approximately 500 units of front and rear bike light sets through Alibaba and distribute them to the Lowell Bike Coalition and various other community organizations so they can be given to the people who need them.  Please consider that for the cost of one movie ticket, you can essentially provide an entire family with bike lights and make their commuting lives far safer.  Thank you.

Go Fund Me- Lights for Lowell

For a good chunk of the city cycling community that uses their bikes exclusively for vandalism and stealing GPS units out of people’s unlocked cars, this probably doesn’t apply to you…you’re better off just waiting until this pilot is funded and you can just steal them like everything else.    But for the growing gang of commuting exclusive pedal pushers out there that are carving up the city streets (and sidewalks), let’s make sure we get some lights on those trikes.  You know…for safety yada, yada…and more importantly, for blasting a high beam through the back windshields of our elected officials that don’t ever see people riding their bikes on city streets, or the elected officials that just like to troll and waste folks time with “test motions” that call for the removal of bike infrastructure, or simply to ensure the safety of the jay-walking pedestrians crossing Market Street to get to the Athenian Corner.

At the Lowell City Council on Tuesday, July 22, 2014, Mayor Rodney Elliott made a motion requesting the City Manager have the Chief Financial Officer and Superintendent of Schools produce a report regarding the costs incurred to educate newcomer students.  Besides Mayor Elliott, Corey Belanger was the only City Councilor to speak on the motion.  The following is a verbatim transcript of what Belanger said:

By Councilor Belanger:  Thank you Mr. Vice Mayor [Councilor Leahy was in the Chair].  I think this is a great motion.  And to get to Mayor Elliott’s points, that Lowell, we’ve always been a city of immigrants.  That is our foundation.  We have many nationalities here.  I visited many of the schools and it’s encouraging to see how diverse we really, really are, all the way to a young age.

But we got a problem that’s serious and it’s going to get far worse, of refugees, undocumented or illegal aliens, which ever term you choose to use, are pegged for Lowell.  We are on that list.  Many of which are unskilled and uneducated.  And they’re on their way.

Corey’s not saying we’re not the place for immigrants. He saying we’re not the place for THESE immigrants. We just need to hold out for the right types…you know, the 1850’s tired, poor, huddled masses types. And we have just the place for these types. We have a place in this city where they can warm themselves with a  bowl of hearty beef stew.  A place where the nectar of their homeland pours from 3 different taps. A place where the craic is grander than a Clare Island wedding party. A place where Tommy Makem’s (bless his soul) dulcet tones rain down upon thy guests like a spring shower.  A place so authentic you could convince yourself that Eamon De Velera once sat bar side watching a Red Sox spring training game hiding from John Bull’s informants.  A place…the only place, where you won’t be greeted by the words, “Wicked Irish Need Not Apply.”

To those folks we say, “céad míle fáilte!” 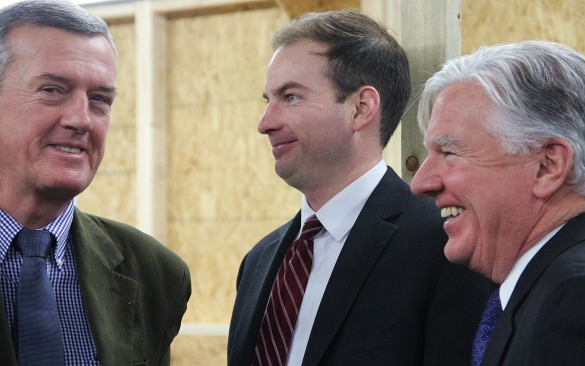 Thanks for sending Sean M. You got me. My mouth was open too.

Did you go a little too heavy on the lunch?  Need a lift?  Here’s you go. Grapes, and shitload of baby jesus and Lawhd Awah Savyah’s!

h/t to George B

LOWELL — City Councilor Rodney Elliott has secured the commitments necessary to become the city’s next mayor, a post he has long sought.

Councilor-Elect Dan Rourke told The Sun Friday morning he will support Elliott, giving Elliott the five votes he would need when the new council votes in January to select the mayor.

Rourke said he made the commitment after several extensive conversations with Elliott this week. Rourke said he was pleased Elliott told him he will be a positive voice for the city.

Rest of the Sun write up here from LiL’s best buddy Lyle Moran.  “Mr. Lynne” and the other wives and spouses over at LiL better hide the cutlery at their houses.  Jack Mitchell might actually consider joining the Taliban to get out of Lowell.  Watching them unravel this week from a far has been nothing short of the Superbowl of Schadenfreude for me.  If that’s wrong, I don’t want to be right.

“Sorry Sammy, had a little trouble managing that last round of Cabo Wabo…quick wipe of a tissue and this thing should be good to go.”

While the city’s collective attention is fixed on Rodney and Ed’s campaign for Women’s rights, we thought it would be a good time to shift gears. We like to think of The Cabot as a local blog, rather than a political blog. But with an upcoming City Election in November that will define the scope of the City leadership (ie. A City Manager possibly heading to free agency, New High School, Rodney Elliott starting bikram yoga to manage stress), it can’t be ignored. So we popped over to the MrMillCity storage unit and pulled out a classic…The Lowell City Council Fantasy Draft.

We will be rolling out the results beginning Wednesday, October 30th, wrapping up on that Friday. But feel free to play along at home or in the office.

END_OF_DOCUMENT_TOKEN_TO_BE_REPLACED

If you were wondering what’s going into the old Gary’s Ice cream parlor on Merrimack and Dutton Street that then turned into a cell phone store then wonder no more.  Need a DNA test to see if “you da baby daddy” or not?  Or maybe you want to find out if that “skeezah” you met down Molly Kay’s is your long-lost cousin before going on a date?  Look no further!!  MVP Testing is moving in!!!  The Chamber of Commerce is even having a ribbon cutting at 2pm on October 11th!!!  No word on if Maury will be there to sign your test results as of yet.  Bringing families together no matter how psyched you are!!!  Awesome!!  I’m hoping they’re running a two for one special as a welcome to the neighborhood deal.  So convenient for high school students and  trolley riding tourists.  Just get a cheek swab, hit up Fuse for some lunch, and then go and find out what the deal is!!!  I for one think this is a fantastic message and image for a city “on the come” as they say in Vegas.

LOWELL — The city’s chicken lady is all cooped up.

Rachel Chandler, one of the leaders of the push for the city to allow backyard chickens, has been illegally keeping hens on her property.

The city’s Animal Control department recently issued a notice of violation to Chandler’s husband, Richard Stec, for the keeping of chickens at their home on Lawrence Street in the city’s Back Central neighborhood.

“All cooped up?” What a doozie. Make no mistake about it, our friends down at the Sun wanted to make sure you got your 75 cents worth this week. Just in case you weren’t floored by the STUNNING scenario that someone championing backyard chickens at City Hall might actually have few chickaroos roaming their property, the Sun staff goes for the kill with “All Cooped up.” “Running a fowl” had to be a finalist, no?

More importantly, Rachel Chandler and her husband are obviously fans of the Cabot, and enjoyed Mark and Tobes’ emails regarding Lowell Chickens. Practically copied the entire play book. And if you’re keeping track at home, that puts our blog readership at about 6, if you count Mark’s wife. Don’t tell our friend over at LiL but Revolutions have started with less.

Pic ganked from Rick Holland via My Lost Bardo