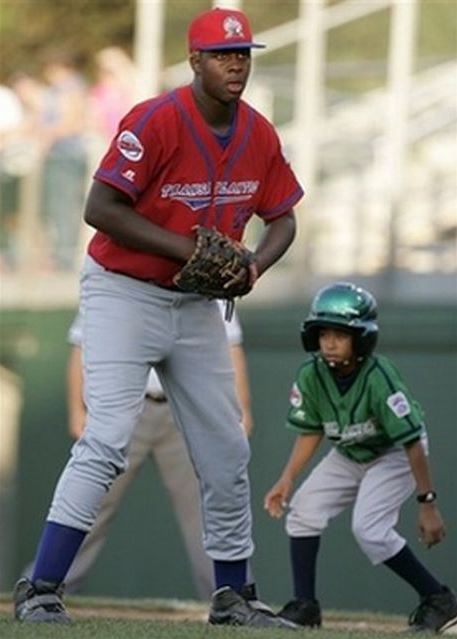 Jackie Robinson West, the Chicago-area team that won the U.S. championship in the Little League World Series last summer, has been stripped of its title after an investigation found the team used ineligible players in an attempt to build a super-team.

The Chicago South Side team, whose players were African-American and raised hopes that the game would enjoy a resurgence among young blacks, was found to have used players who live outside its geographic area. On Wednesday morning, Little League International announced its decision, saying that the U.S. championship would now go to the Mountain Ridge team from Las Vegas. Its investigation determined that Jackie Robinson West used a falsified boundary map and that team officials met with neighboring Little League districts in Illinois to claim players.

“As our Little League operations staff learned of the many issues and actions that occurred over the course of 2014 and prior, as painful as this is, we feel it a necessary decision to maintain the integrity of the Little League program. No team can be allowed to attempt to strengthen its team by putting players on their roster that live outside their boundaries.”

Chris Janes, vice president of the Evergreen Park Athletic Association on Chicago’s South Side, told Chicago’s ABC affiliate that his group was suspicious of the super-team, especially after JRW outscored it 43-2 in a little over four innings in a sectional playoff game.

OOOOOH.  The old redistricting trick.  I haven’t seen that move since Gordon Bombay selfishly crushed the career of a budding Adam Banks so that he could play him on a wing next to a shitty skating Charlie Conway…just to silence his inner demons because he once hit the post as a 10 year-old. (Or perhaps because Hans once dropped a digit on him.)  Youth sports are so easy to cheat at it’s surprisingly remarkable how bad some people are at doing it.  By all means, draw your own maps, forge birth certificates, or even sell a couple dozen boxes of crackle candy bars to cover the freight for smuggling some cherubic looking, teen-aged Dominicans into the country to lock down your middle infield.   But whatever you do, DO NOT beat anybody 43-2.  When you quadruple mercy rule someone, it doesn’t matter if you’re cheating or not.  Your vanquished opponent will do whatever they can to crop-dust your trophy case with the stench of their shame.  (See Indianapolis Colts) I’ve seen it a thousand times.

BTW, even though I credited Gordon Bombay above, the real originators of the re-districting move was the sage gentleman over at Callery Park Baseball back in the early 90’s that saw a young @pistoffIrishman in the pipeline of backstops, and realized it would be impossible to make it to Williamsport with a kid trying to signal curveballs with sausage fingers, so they convinced Chelmsford to annex Van Greenby street for the duration of tryouts so they could call up a 9 year old, with power from both sides of the plate.  True story.