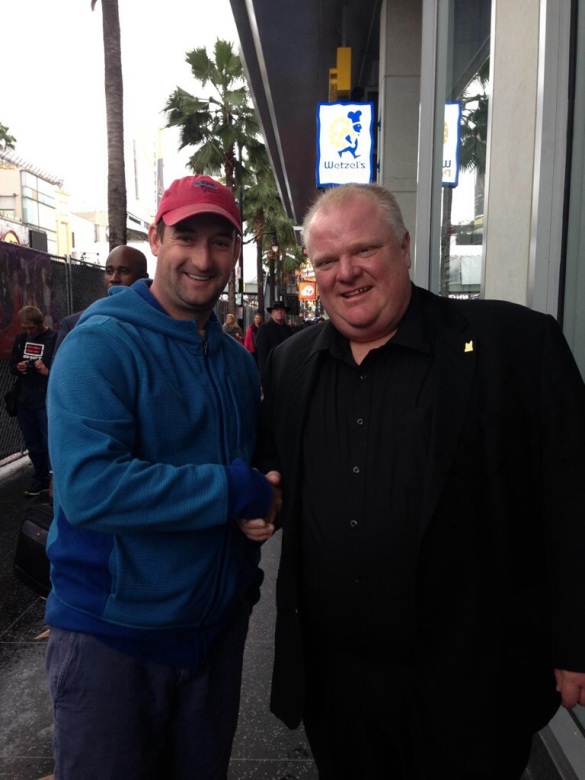 You didn’t think that a super star like Rob Ford would miss the biggest party in North America last night, did you?

But in true Bobby Ford style, rather than trying to recruit starlets for the after party , he’s having yucks with my buddy Callahan…Woburn’s Los Angeles ambassador. Cal probably reciprocated Mayor Ford’s pleasantries with the ole “if you’re ever in Woburn, there’s this little place called the 99′ I’d like to take you to. Best steak in town” 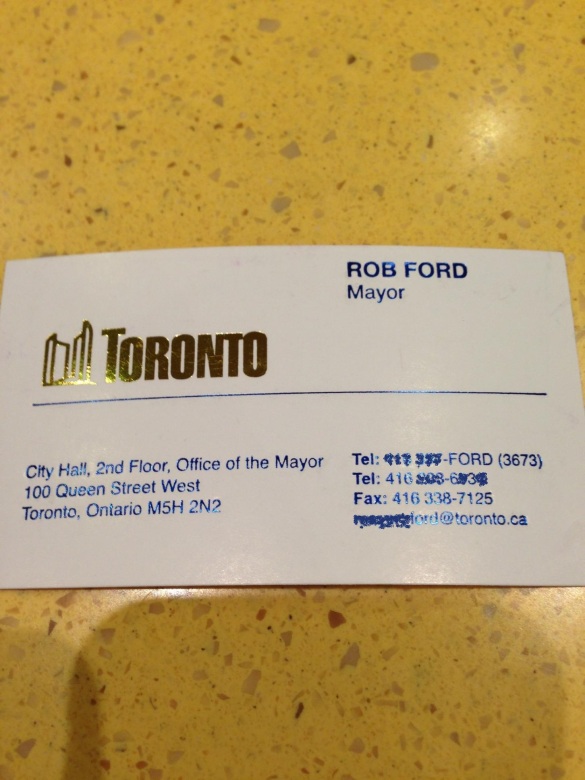