The throes of the Olympic Games are upon us.  And since my interest peaked when Barbados bested Bermuda by adding flip flops to their opening ceremony ensemble, we thought it would be best to assign our Olympic CouchPress Credential to someone who has a real grasp on what the Olympics are, and what this ancient athletic fiesta is all about.  Covering the Olympics for SOFC will be Alysha Lynch, curator and captain of WickedMuddy.com.  Mud Racing at this point has more merit as an Olympic event than most of this nonsense anyway….

Alysha on the BEST moments so far in the Olympics: 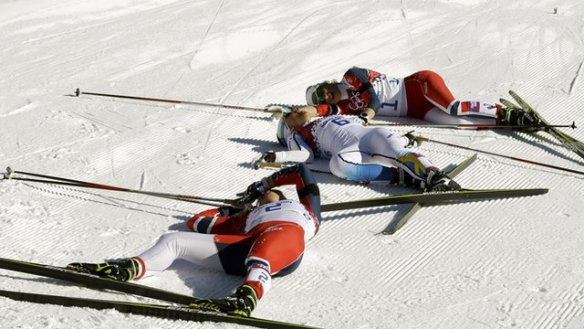 1.       Skiathlon coverage:  I don’t even know the guys name that is doing the coverage for NBC but give that guy an Oscar for his enthusiasm for a sport that is as boring as watching paint dry.   I found myself getting excited watching the men trying to beat out one another on skis to get better positioning and worrying if the US guy was ok when he got tripped by another athlete.  And then they threw in a news piece about one of Norway’s rising stars in the sport of skiathlon, I was ready to order my Norway gear to show my support! END_OF_DOCUMENT_TOKEN_TO_BE_REPLACED