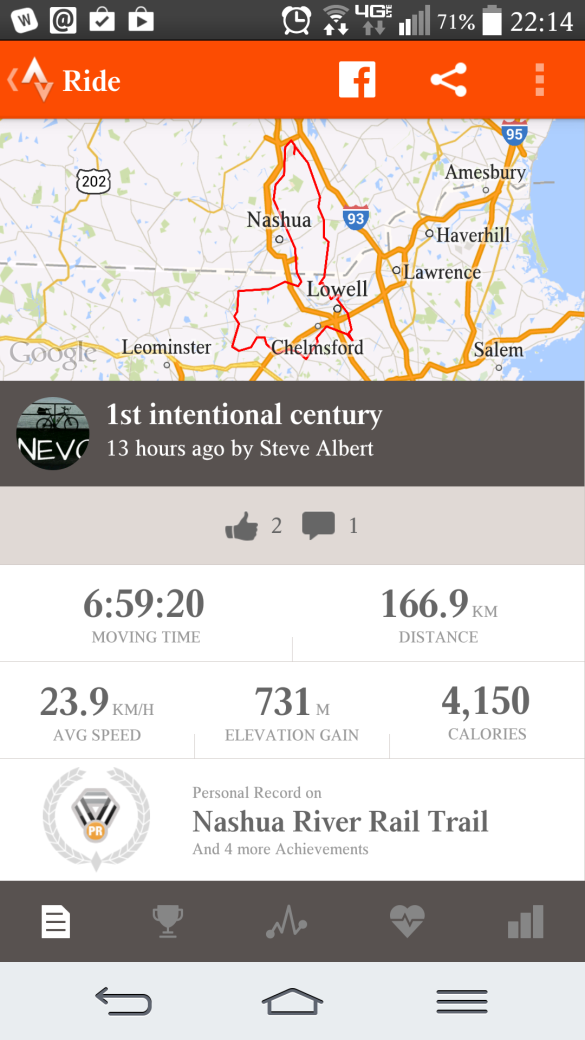 [So if you ride your bike up Mammoth till you hit the airport, follow 3a south to Hudson, work your way through Tyngsboro and cross at 113 following that out to Pepperell where you grab the Nashua River Rail Trail south to Ayer and then head east to Billerica you end up drawing a 100 mile dick with Strava. By the way, why is I can ride through fifteen towns wearing nut huggers and an orange tank top without thinking anything of it but when I sit around a campfire with friends after the ride suddenly I’m way too self conscious about it? Anyway here’s some haiku.]

Cellphone glued to ear.
It isn’t like I’m texting.
So that’s a bright side.

Immigrant children.
We haven’t heard much lately.
Are they still coming?

President Powell.
This is what we need to see.
Make him take he job.

Jones runs for sheriff.
Even without election.
That’s dedication.

Hating new two-ways.
We need to fix the crosswalks.
That’ll be awhile.

Nobody moved in.
Governor Patrick won’t help.
No one desires him.

Prez on vacation.
Romney would never do that.
Wasting my taxes.

We still need more signs.
Not all the streets are 2-way.
I almost got hit.

No more detail cops.
Let’s replace them with flashers.
They’re one-fifth the cost.

Tewks public access.
Been off the air for two weeks.
Comcast please fix that.

We need a sidewalk.
Can’t walk in the street with kids.
Winter is coming.