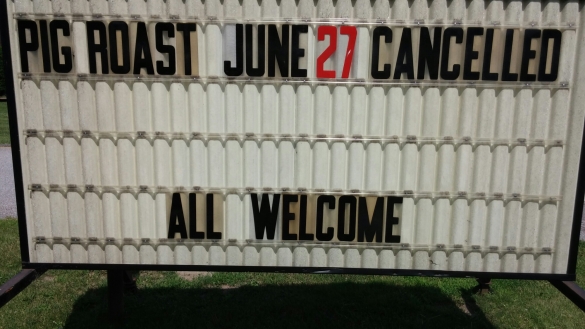 Day 6. My Theories about the Backtalkers were thrown off yesterday when an audio file of some actual calls from an unspecified period of time was brought to my attention. Before hearing it I was beginning to suspect that most of the callers were men at or approaching middle age with no ex-girlfriend to call at strange hours. Instead what I heard were messages from men and women. Messages much longer than the ones that eventually get published. My heart goes out to those responsible for listening to these semi-organized diatribes and then finding the nuggets of a point. I suppose I should stop seeing myself as a translator as it’s become clear that most of that work has already been done for me. For now though I’ll keep the title for the sake of simplicity. Consider that title my way of saying that no punchlines have been added. Another thing I learned from the audio files: the callers are sincere. And they’re coming from inside the house.

Immigrant children.
Gov. can keep them at his place.
Then send their butts back.
-Dracut

Texting and driving.
Young shit-head ran into me.
We need unmarked cars.
-Dracut

Bush and Katrina:
Wasn’t ALLOWED to place troops.
Their Gov should have asked.
-Dracut

Call them what they are.
They’re “illegal immigrants.”
Not  “minors” or “kids.”
-Dunstable

Another tree down.
Varnum Ave and West Meadow.
It’ll kill someone.
-Lowell