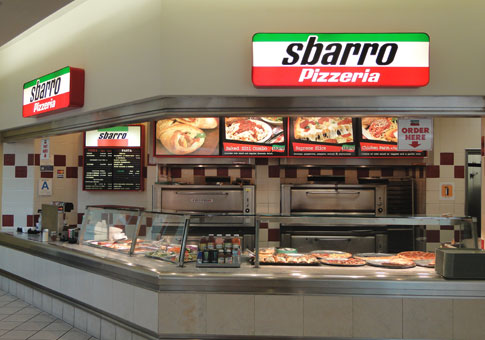 The pizza restaurant chain Sbarro filed for bankruptcy protection for the second time in three years after struggling with too much debt and fewer customers in malls that house many of its restaurants.

Lenders would take control of Sbarro, which is based in Melville, N.Y., under a prepackaged Chapter 11 reorganization. The company on Monday said that could allow a “quick exit” from bankruptcy, before May 7.

Sbarro expects to cut its debt load by more than 80 percent, and said nearly all its lenders supported its restructuring, which requires court approval. The company will invite other buyers to submit better offers.

Founded in 1956, Sbarro tried to increase sales by rewriting its recipes to entice diners who increasingly favor fast-casual chains such as Chipotle and Panera Bread. But an “unprecedented decline in mall traffic” and an “unsustainable” balance sheet necessitated a revamping, including the closure of hundreds of restaurants, Carolyn Spatafora, the company’s chief financial officer, said in a court filing.

Farewell Sbarro.  Will I remember your delicious sauce? Neh. Will I remember your chewy crust? Neh.  As far as I can remember, your pizza sucked.  But I had a stranglehold on the Mortal Combat game at the Pheasant Lane Mall Dream Machine from 1991-1992 and a portion of this feat should be credited to your nuclear grease.  When that stuff coated my fingers, I was like Tommy, the pinball wizard.  During that run, even the Asian kids gave me respect, and that’s unheard of in a Mall arcade…especially once they released Dance Dance Revolution. That pretty much killed it for white kids.

Anyway, farewell Sbarro, we’ll always have that little sliver of history to cherish.