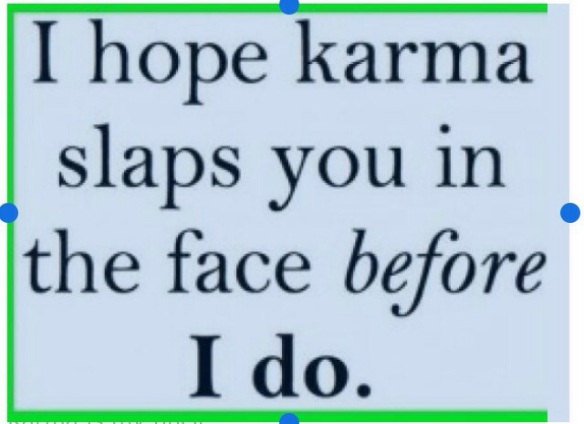 I recently wrote a piece about the 10 People that Occupy Facebook. In essence, I offered my examination of the distinct personalities that crowd the social networking website. In another “study” of human behavior I have made a similar listing of the 10 more people/personalities that completely and utterly piss me off.

In honor of ‘Prevention of Bullying Month’, here’s to you bullies and a few others that have earned a dope slap by The Book of Frank.

The Beauties are the people who are really attractive…really really attractive….and they know it. From head to toe, Beauties exude confidence in all things they do. At parties, in meetings, walking through the park, Beauties are acutely aware that they are better looking than 95% of the world and have an annoying way of letting the rest of us Shrek-alikes know that. Smug looks. Fake laughs. Condescending comments. These are all the warning signs you have encountered a Beauty. The good news is that Beauties typically land in a relationship with #6 on my list.

Ah, the cigarette-smoking-coffee-drinking-skinny-jean-wearing-bad-facial-hair-flaunting-tree-hugging-protest-rally-attending-earthy-crunching-no-job-having Hipster. Hipsters are not bad people. In fact they are actually a fun-loving and harmless group. They mean well. Hipsters are just well….bothersome. Hipsters love art, music, culture, and poetry…but boy do they hate an honest day’s work! Hipsters are usually left wing, peaceful, harmonious free spirits. Honestly, these folks are more or less cool by me…just stay inside Starbucks, ok, the rest of us are busy.

The Intellectuals can oftentimes be seen running with the Hipsters. Intellectuals also like the art, music and culture thing….but just at an Ivy League level. Intellectuals love to wax poetic about their days at Brown or Princeton. They remind us of the thesis they wrote on 16th Century Who Gives a Crap History. Intellectuals may have the brain capacity of Einstein but likely the common sense capacity of an Einstein Bagel. Like the Hipster, Intellectuals are harmless in their never ending pursuit of knowledge and enlightenment but as say at those libraries you so cherish, Ssshhhhhh…I am trying to watch cartoons over here.

You can’t recognize The Intellectual without properly acknowledging their evil twin and sworn enemy; The Moron. Poor Morons. In the words of renowned psychologist Dr. Sean Maguire, “It’s not your fault.” Morons are actually an affable bunch. Quite frankly, I often keep the company of Morons (go ahead and say it, ‘Takes one to know one’). But, with that said, the true Moron is a very difficult person to spend extensive periods of time with. Morons never, ever have the story straight. Their facts are always flawed. Their memory is hazy at best. Sadly, Morons don’t comprehend they are wrong…let alone that they are Morons! It’s OK gang; here is a new, shiny penny. Go play in the corner while the adults talk.

Heroes are an extremely maddening little club of men that we have all met in our lives. These are the guys that were the Captains of the Jackass Team in High School. Heroes, also known as ‘Hardos’ or ‘Hard Guys’, are often found in hyper-testosterone-laden environments like weight rooms or Roman Bath Houses. Heroes love to talk about how strong and tough they are. Heroes are enthralled with retelling the story of the fight they got into in 11th grade and claimed victory over Sid the Science Kid. Take off the tank top and put down the barbells, you donkey!

Cool Guys are the slightly less aggravating step brothers to The Heroes. Cool Guys are not as concerned with their uber-masculity, but moreso their self-proclaimed awesomeness they exude. Cool Guys also like to share other, but equally useless, information with the masses. How much money they make. The new sunglasses/car/zambonie they just picked up at the Jerk Store. Cool Guys tell you about every single coital conquest since puberty. Cool Guys are insecure dinks and simply need to quick visit from Back Hand Sally.

One word: Yuck. Snobs, snobs, snobs….NOBODY likes snobs, except maybe other snobs? Unlike The Cool Guys, Snobs may ACTUALLY have something tangible to brag about. The profile of the snob is almost always a well-to-do, dare I say wealthy, individual that just cannot associate with the common man. Snobs live in a bubble filled with champagne, caviar and abandonment issues. Snobs were raised to be snobs by older more depressing snob parents. Do me a favor Duncan and Mimsie, please just head on back to Money Manor and kick each other in the proverbial coin purses. Thanks.

The Loudmouth is a somewhat uncommon breed. Loudmouths, in many cases, may not even realize they are Loudmouths. But how is this possible? Loudmouths want you to overhear their conversations in restaurants/movie theaters/elevators/funerals. Loudmouths just can’t stop their blaring vocal volume for even one second during the ballgame. Loudmouths need to get in every first, middle and last word during a meeting. Loudmouths just need to be heard. Period. Well, please hear this: SHUTUP!

(First, let me be clear about this category. I am talking about Whiners not Winers, a segment of the population that loves drinking wine. Not only do Winers not piss me off…you are awesome. Who’s awesome? You are. But I digress)

The Whiners are the rain on your wedding day, the free ride when you’ve already paid, the good advice that you just didn’t take….oops sorry, those are The Ironics…they didn’t make the list. Whiners, for lack of a better description, whine. Whine about their job, their spouse, the weather…you name it. Whiners are never happy, never satisfied but always exasperating to their audience. Whiners can suck the life out of any get together, party, outing, barmitzva…anything. A true Whiner would complain about having to go to the Lottery Office after hitting Mega-Bucks because the ride is too long. If more Whiners were Winers, there would be less Whiners in the World (say that 3 times fast!)

Bullies – of any age, sex, demographic, background, color or creed – should be euthanized by the object of the bully-ism-ing. It’s that simple. If you see bullying going on, in any walk of life, you have my express written consent to drop kick that person in the chest.

Who could ever fault you?

Guest Blogger Frank McCabe can be heard every Friday on 980 WCAP AM Radio. For anyone under the age of 70, run to your nearest Iphone and download TuneIn Radio.

3 thoughts on “SOFC Presents: Can I Be Frank? Bullies & Other Slap Worthy People”