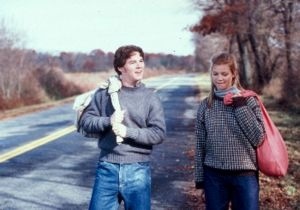 Thank god for the Lowell Sun. I actually thought this was an interesting idea until they pooled together the dissenting thoughts of the Doyle’s. Now I just feel dumb. I obviously didn’t go to Brown.

Whether Derek Mitchell’s idea is a good one or not is neither here nor there. Generally, most great ideas (outside of Lowell Politics) begin half baked and are then nurtured by the collective into what will become a GREAT idea. What is most concerning here are the geniuses that are poking holes in it. Here are three of my favorites:

“It is a tax on tenants,” said Dan Rourke, from Pawtucketville. “The higher tax bill will be transferred from the owner to the tenants.”

This is a 1000 percent true…if we were living in feudal England. Thankfully, (at least until January when Danny Ballgame gets sworn in), the rental market will still be predicated on inventory and the size of the rental pool. Best of all, we’re welcome to go live in another lords kingdoms.

Genevieve Doyle, a first-time candidate from Centralville, said she does not think it would be fair for landlords who maintain their properties to pay the commercial rate.

“It might drive people out of the city who care for their buildings and do the upkeep,” Doyle said.

Will they be taking their cared-for buildings with them?

“All the people in Lowell did not go to Brown University and many of them are struggling to pay their taxes now,” said Fred Doyle, referencing Mitchell’s undergraduate degree from Brown.

True, all people in Lowell did not go to Brown University. Bit if they did, the Princeton Review “Campus Life” write-up would be hysterical: “Campus Life follows the usual pattern of late adolescent hedonism. Students don’t study, if at all, and grades are awarded based on how many cousins removed you are from the professor.”

PS. Is there a bigger fucking loser than Fred Doyle? (Yep, first f’bomb on the blog).