LOWELL — Proponents of the city allowing residents to keep chickens in their yards passionately made their case to city councilors Tuesday night, including one of the movement’s leaders telling councilors they could lose political supporters if they did not support letting residents own hens.

However, the City Council’s neighborhoods subcommittee — on which Councilors John Leahy, Marty Lorrey, and Rita Mercier sit — voted 3-0 to recommend that the full council end the pursuit and discussion of an ordinance change to allow the keeping of chickens, as well as other farm animals.

Mercifully, this annoying chicken issue finally ends. Now we can all get back to raising our back yard chickens in peace without having to worry about what the City Council or a few hens in Centraville think about all the fun.

Lorrey said one reason for his opposition was that as he has knocked on more than 2,000 doors as part of his re-election campaign, residents have been opposed to the city allowing the keeping of chickens by a wide margin.

Marty Lorrey had to knock on over 2,000 doors to reach this conclusion? I won’t call bullshit on that one, I’m just going to imagine what it would be like if he did that for every big council decision? 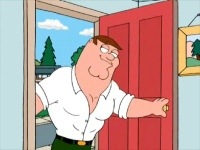