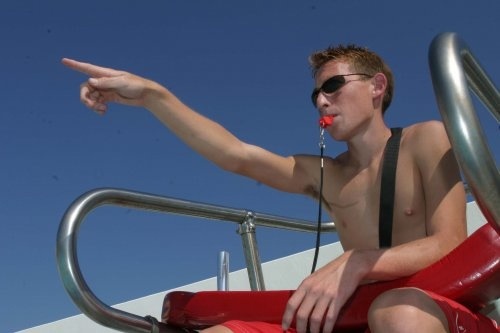 Boston.com
NEWBURYPORT, Mass. (AP) — Two people have been charged with assaulting a Salisbury Beach lifeguard, including a man police say asked the lifeguard to stop blowing his whistle because it was aggravating his hangover.

Erin Mulcahy of Haverhill and Shawn Duncan of Lawrence pleaded not guilty Monday in Newburyport District Court to charges including assault and battery on a public employee and disorderly conduct. Both were released.
Have I been in a coma for the last 9 decades or has Salisbury Beach experienced some sort of renaissance? The fact of the matter is that you shouldn’t be there if you’re NOT hung over. Salisbury Beach is the Riviera for Malcontents. There’s no place for whistles (or hopes & Dreams), let alone actual life guards. (Possibly the grossest misappropriation municipal funds ever.) We owe it to society to post a “SWIM AT YOUR OWN RISK” sign and let nature have its way…culling the herd, one rip-tide at a time.